After the exam, we decided to have off-road experience in the rainy season. We, 6 friends, chose the Rasuwa Gadhi border(famous for Kerung trip). I thought it could be an easy one but this trip became one of the worst nightmare and one of the best trips I have ever gone. I will try to share more information, less experience but will try to balance both so anyone who reads this blog will get complete help to do motorbike trip in this area.

We have already done Gosaikunda trek which starts from Dhunche so we felt this will be an easy trip for us. Nepal is a small country and we can see a vast change in only one day, so if you are short of time but want to experience off-road trip then this could be a great choice.

You can get more information about this area which is inside the Langtang national park from the government website. 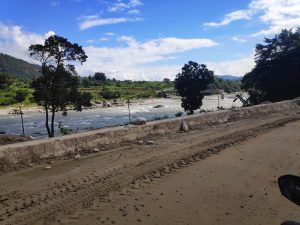 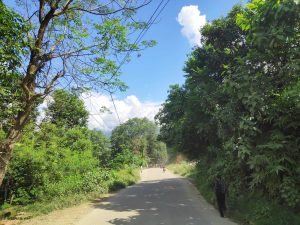 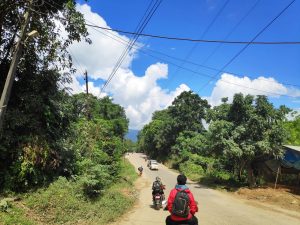 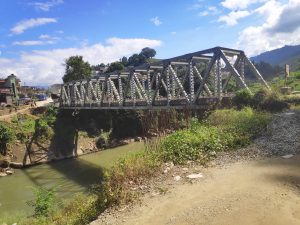 We haven’t planned properly for our trip but finally, we are set for our first long bike trip. We take a cup of tea and get light breakfast(Chana Aaalu) then started heading towards Galchhi. We were a bit worried about the Jam in Thankot area due to Dashain but thankfully there was no traffic problem. We reached Galchhi in about 2 hours.

We ride along the bank of the Trisuli River. The road is pitched but there are potholes so we need to be careful. Starting from Kathmandu we need to cross two district Dhading and Nuwakot to reach Rasuwa. Thought the weather was sunny while starting our trip, suddenly it started to rain near Ramche, Rasuwa.
The road was muddy and slippery so we decided to take rest for some time in Ramche. This was the end of the rainy season and these places are prone to landslide. My other friend doesn’t want to go on this trip as he was a bit afraid due to the rainy season. 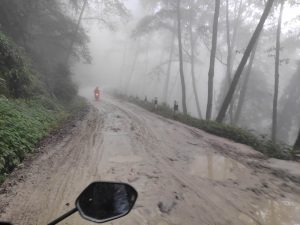 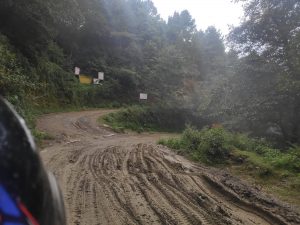 We could clearly feel that we are already in a remote area even though this is the road that links to the border of China. There are only a few houses near the roads and we see the forest everywhere. 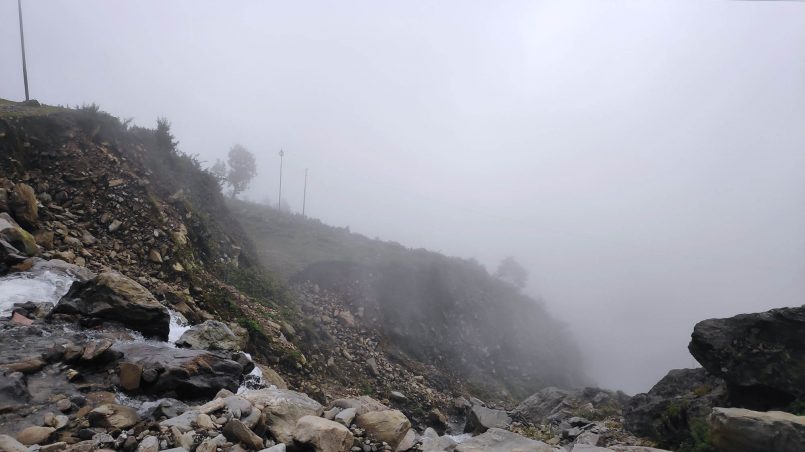 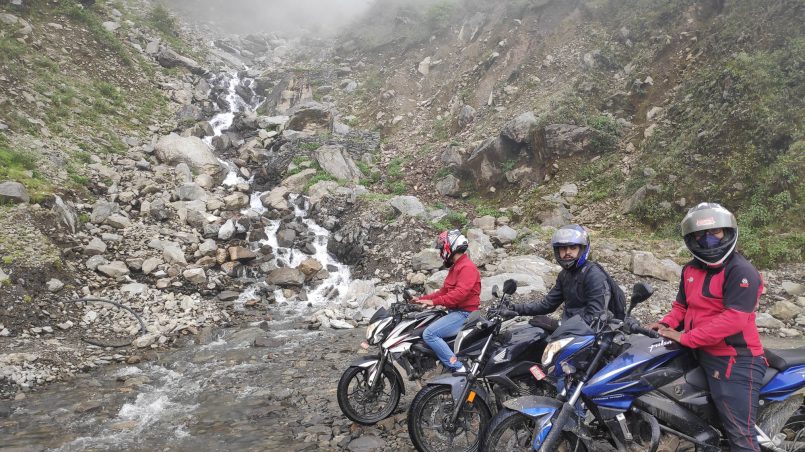 After rain starts to slow we decided to again start our trip because we had already late and might not be reached the border as we had assumed. The road was pitched near Dhunche but most of them are off-road. Road condition is not great and since it was raining daily it was pretty dangerous.
There was a check post near Dhunche where you will be check for everything so ensure that you don’t take anything illegal in this way. 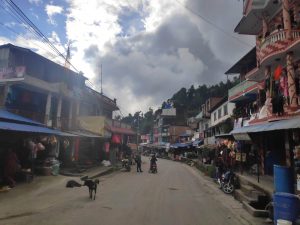 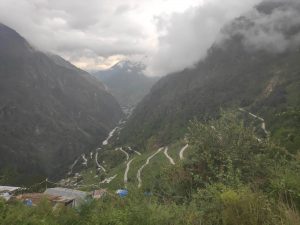 Dhunche is the Headquarter of the Rasuwa district and most of the government offices, as well as banks, are located here.  You can also find various  Bank ATM in dhunche as well as in Syafrubesi.  This is the second time I have been to here, previously I have stayed here for trekking to Gosaikunda.
Without wasting time as we have been already been late due to rain we left this place. The road is pitched near the dhunche area but soon we need to ride in muddy off-road. Syafrubesi is another big tourist place where there are various hotels and restaurants in this area. Most of the people who are trekking to the Langtang area starts from here. We take rest as well as eat chow mein. 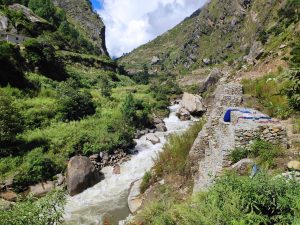 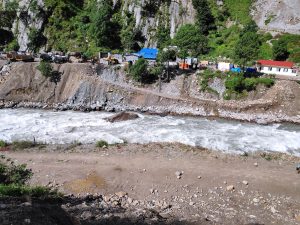 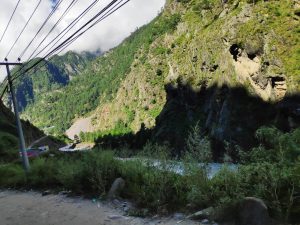 Since Rasuwa Gadi is the border to China, it is also the trading hub so there are many big trucks that carry the goods from china to Kathmandu. The road condition is worst and I would like to advise that we should not ride a bike on this road in the rainy season because it’s extremely dangerous. Also, there is fear of landslide during this season and have been many accidents due to this.
As we are in a group we decided to reach Timure even though the sun has been already set.  The road looks like a river and all the big mudholes are cover with water and other parts look like mortar mix. On the way, my motorbike stuck into a big mudhole and as water goes inside my bike My battery gets deads.
We started to worry after my bike didn’t start in the bank of the Trisuli river and around the landslide-prone area. We learn that day if we are going to travel with motorcycle we must know at least the basics of repairing the bike. One of my friends decided to go to Timure and bring mechanics.
After fixing the bike we reached Timure around 10 or maybe 11 pm decided to stay in the hotel and they are so generous that they give us a big room in just Rs 500. 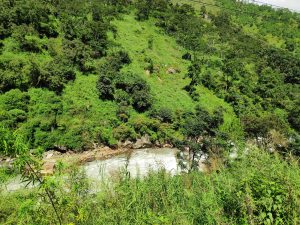 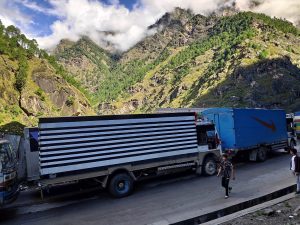 We find that only locals or people with visas can go to Kerung. We are unlucky that as October 1 is China’s independence day so security in the border was tight so they even didn’t allow us to click the photos.
We can feel the difference between China and Nepal just reaching the Rasuwa Gadhi border. There are tall buildings and  CC cameras are installed all over their buildings but we didn’t see any cameras on our side. Security personnel and locals were telling us that road is pitched from the border of China to the city but the condition in Nepal side is worst.
On the same day, we return back to Kathmandu from Rasuwa Gadhi. It was approximately 9 pm when we reach Kalanki. Hope this short article helps you guys to plan your trip and if there is anything to know about you can email me in shresthaprashantvg@gmail.com 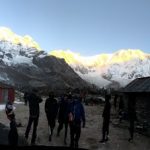 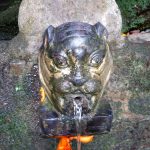 One day Hike to Baghdwar Shivapuri | Itinerary and budget